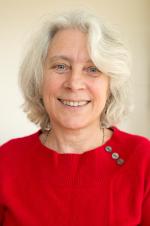 Councillor Camilla Hale has been elected as Deputy Mayor of Stroud Town Council.

She replaces Councillor Margaret Poulton who has resigned due to relocation.

Town Mayor Kevin Cranston praised Councillor Poulton who has represented the Valley Ward since 2008 and been Deputy Mayor since 2016.

"Margaret was an excellent Councillor and will be greatly missed," said Councillor Cranston. "Her contributions to council debate were always wise and very well considered. We all wish her and Brad all the best for their return to Canada.

"With her bubbling enthusiasm for the people and all things Stroud, Camilla was the obvious choice to be the new Deputy and I look forward to working with her."

Councillor Hale, who represents Valley ward, joined the council in 2016. She has been strongly involved in the development and community consultation of the Neighbourhood Development Plan.

She has also helped develop an arts and culture strategy, supporting Lansdown Hall and Gallery future plans and the Subscription Rooms being saved for town ownership.

"We all want Stroud to be a thriving, welcoming town and while there is much to do there is also so much here already that we can celebrate," said Councillor Hale.

"Working with the excellent staff at the Town Council is a real privilege and I hope that being Deputy Mayor allows me to spread the word of what a great place this is to live."