Proclamation to the People of Stroud 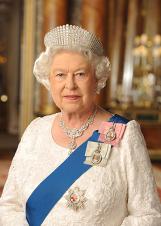 On Sunday 11th September 2022 the Mayor, Cllr Stella Parkes read a proclamation to the people of Stroud.

The proclamation of the new Sovereign is a centuries old tradition. The ceremony does not create a new King. It is simply an announcement of the accession which took place immediately on the death of the reigning monarch. In bygone days the ceremony would have been the means by which people learnt for the first time that they had a new Monarch. In the modern age news travels almost instantly around the world, but this ceremony still provides an opportunity for our community to come together and reflect on the moment in our nation's history when the reign of our longest-serving Monarch came to an end and our new Sovereign succeeded to the throne.

The Mayor has also written a letter of condolence to the new King Charles III.