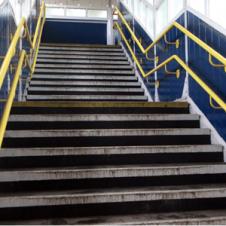 With match-funding from Great Western Railway, Stroud Town Council was able to commission consultants Integrated Transport Planning to create a Masterplan Design for Stroud Railway Station in response to research and public consultation.

The Town Council were unsuccessful in their bid for Access for All Funding in 2018 but continue to seek funding to make the improvements identified.

Watch our film A Station for Everyone to highlight the accessibility issues encountered at Stroud Railway Station. 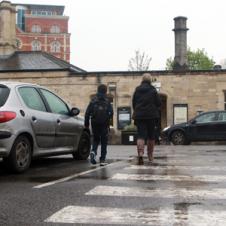 A Movement Analysis of the Stroud Railway Station site, forecourt area and surrounding streets has been conducted by Harris Ethical.

The movement of rail users was captured from every perspective, on both sides of the station, in order to generate a clear picture of how the site is accessed. This helped gather evidence on the varying issues that required addressing.

The analysis was conducted during morning and evening peak footfall periods during the week to help capture 'normal' conditions experienced by regular rail users. 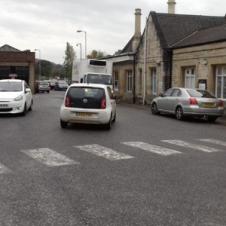 Stroud Town Council asked people to complete a survey to give their views on the forecourt area outside Stroud Railway Station.

In the results, 60 percent of people said they wanted better access arrangements for pedestrians and cyclists and a more attractive public space.

The findings are in line with suggestions in the NDP to make a more pedestrian friendly civic space in the centre of town.

The survey found that 65 percent of people wanted to see changes to the internal walkways, pavements and crossing points and designated pick-up and drop-off points. 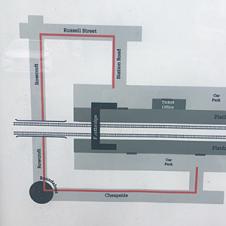 More than 63 percent were interested in ramped access over the railway line to improve cyclist and pedestrian spaces between the town centre and Cheapside and direct access to the station from the Brunel Mall multi-storey car park.

An Accessibility Report of Stroud Railway Station to provide more information to people with disabilities to help them to plan their trips was completed by Christian Drewitt of Accessible Gloucestershire. 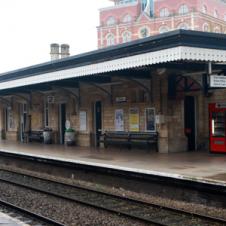 A Heritage Statement for Stroud Railway Station has been produced by Ashley Davies Architects for Stroud Town Council.

The purpose was to provide a background to inform any adaptation proposals which may be developed for the site and/or its setting, which might include the approach from the town centre.

The Statement seeks to establish the historic development of the grade II listed Stroud Railway Station site and its setting, and provide an evaluation of the significance of the structures to inform the development of an appropriate heritage-led scheme for the site.